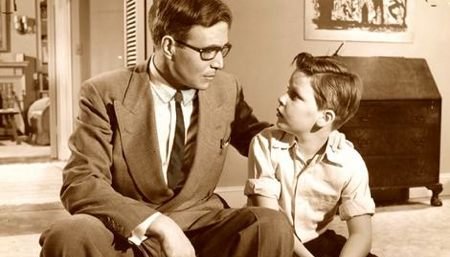 Handy Kitchen Tip # 1: When wiping off the stove after cooking do NOT use a bone dry paper towel. The flash point of a paper towel isn’t very high.

Handy Kitchen Tip # 2: When you reach into the fridge to drink the last little bit of apple juice straight from the carton, make sure you grab the apple juice. Chicken broth doesn’t quite have the same refreshing flavor.

Handy Kitchen Tip # 3: If you have a cheap pot with a screw-on handle, one that tends to loosen over time, the solution is not to periodically tighten the handle. The solution is to replace the pot before the “pasta in sauce” that you just cooked dumps onto your lap, resulting in second degree burns.

Handy Kitchen Tip # 4: When making “french toast” – you should NOT toast the bread FIRST – prior to dunking it in the egg/milk batter…

Handy Kitchen Tip # 13: When putting water on a fire, make sure it is not mixed with vegetable oil.

Handy Kitchen Tip # 25: When you’re done deep-frying something, DO NOT put water in the hot oil to cool it down. It will explode all over you and your kitchen.

Handy Kitchen Tip # 26: When reading a recipe that calls for 1/2 tsp of salt and 1/2 a cup of sugar, make sure you’ve read it correctly. Also note: No amount of icing will take away the taste of 1/2 a cup of salt.

Handy Kitchen Tip # 28: Before attempting to deep fry a turkey for Thanksgiving dinner – it is advisable to test the large pot with water first – one pinhole in a pot full of oil over a bare flame can bring the fire department to your door very quickly.

Handy Kitchen Tip # 800: Just because it’s a table knife, that doesn’t mean it won’t cut your tongue when you lick the peanut butter off it.

Handy Kitchen Tip # 801: For those who own food processor/meat slicers. I don’t care HOW much of a hurry you are in – after you finish slicing the meat, do NOT try to stop the slicing blade with your finger. It WILL lop off a piece of your finger and NO ONE will want the meat on their sammich…

We use cookies on our website to give you the most relevant experience by remembering your preferences and repeat visits. By clicking “Accept”, you consent to the use of ALL the cookies.
Do not sell my personal information.
Cookie settingsACCEPT
Manage consent

This website uses cookies to improve your experience while you navigate through the website. Out of these, the cookies that are categorized as necessary are stored on your browser as they are essential for the working of basic functionalities of the website. We also use third-party cookies that help us analyze and understand how you use this website. These cookies will be stored in your browser only with your consent. You also have the option to opt-out of these cookies. But opting out of some of these cookies may affect your browsing experience.
Necessary Always Enabled
Necessary cookies are absolutely essential for the website to function properly. This category only includes cookies that ensures basic functionalities and security features of the website. These cookies do not store any personal information.
Non-necessary
Any cookies that may not be particularly necessary for the website to function and is used specifically to collect user personal data via analytics, ads, other embedded contents are termed as non-necessary cookies. It is mandatory to procure user consent prior to running these cookies on your website.
SAVE & ACCEPT